The chassis has been returned today as well as the rear wishbones.Â  All have been sand blasted and powder coated.Â  The results look stunning, let the rebuild begin!Â  A very special thanks to Andy who has been excellent in turning this around in 10 days. 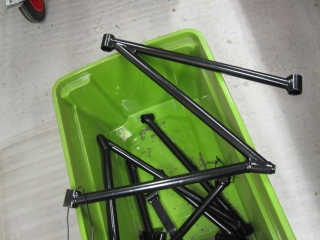 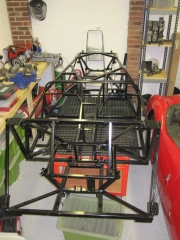 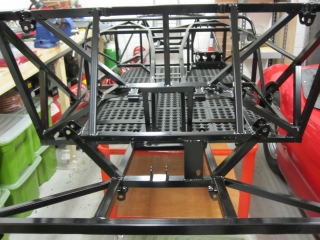 I haveÂ some pictures back of the fuel injectors.Â  They have been flow tested and ultrasonically cleaned by L.E Cramer in Watford, Herts.

This is what I sent to them: 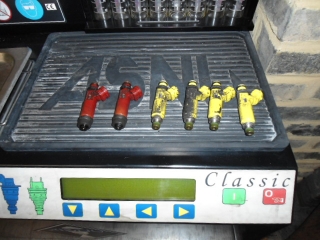 They will be coming back to me looking like this: 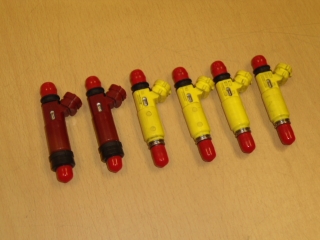 Apart from them looking pretty I know that they will be within flow specification and the spray pattern correct.Â  Injectors are often overlooked and can cause no end of problems; idle stability, lean flatspots, lean knock leading to detenation.

It only costs Â£18/injector to have them tested, cleaned and re-tested for complete peace of mind.

Well the parts have starting rolling in.Â I have received the throttle body from the US and it looks like a nicely engineered bit of kit! 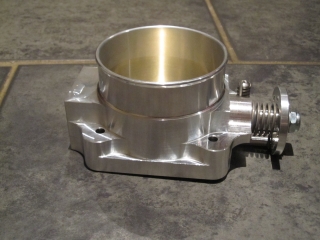 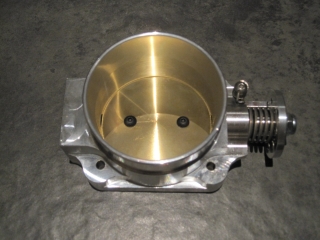 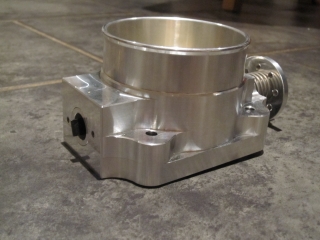 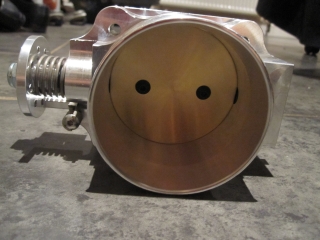 A great day had by all – The main aim of the day was to get the RX8 engine stripped down and inspect the mode of failure.Â  Full gallery

Work was slow to start as we descovered removing a flywheel bolt @ 300 lbf ft is not easy:

So we manufactured a flywheel stopper using a handy gate hinge we had hanging around the garage.Â  Although a galant effort by Craig and Josh (After applying the correct saftey gear) still no joy as we could not stop the engine rotating. 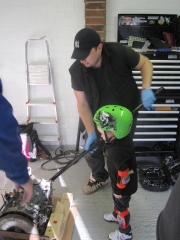 So next plan was to apply some fat buggers to the top of the engine.Â  Cue Chris F and Jon… 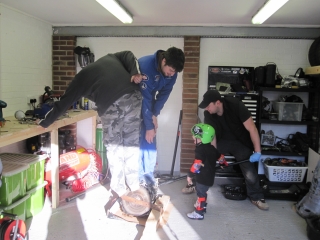 We even drafted in the big guns, Suzie even had the safety’s off 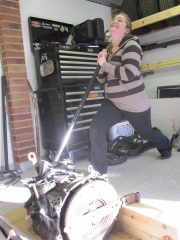 Finally theÂ nut was beaten after Josh told us all to stop tickling it and grow some. 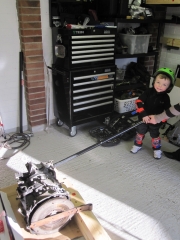 At which point the dismantling began, pictures speak a thousand. 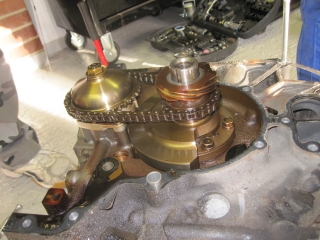 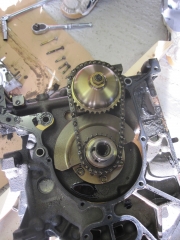 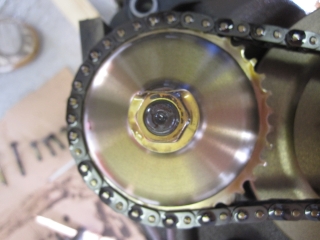 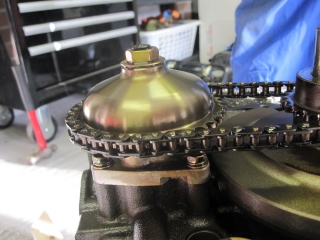 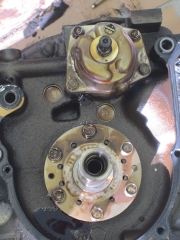 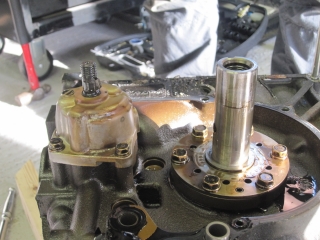 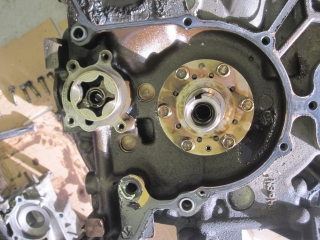 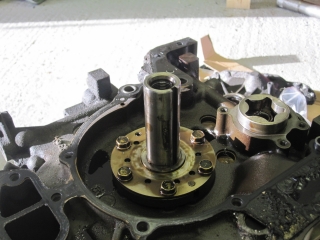 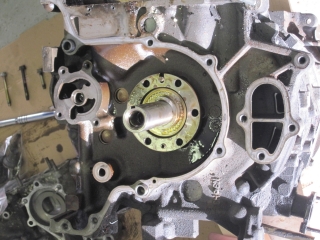 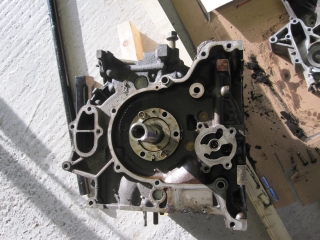 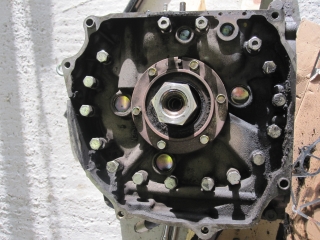 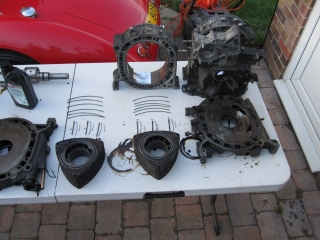 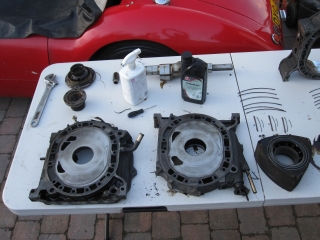 So after a bit of head scratching and inspecting the internals it became clear that the engine had suffered a huge stationary gear bearing failure.Â  Maybe RX8 owner really should keep the oil topped up…Â  Oh well more engines for us 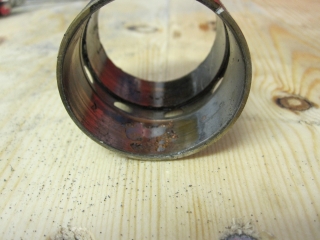 And that was that one 13b-msp engine in pieces… 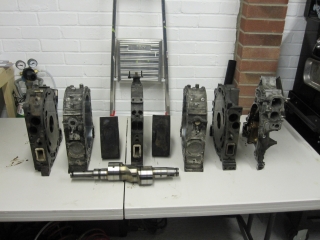 Time to order some rebuild parts one thinks.

A man in a van turned up tonight and picked the chassis up.Â  It is off to be blasted and painted should be back with us next week.Â  Bring on the weekend of engine breakdown and general cleaning of bits.

Jon, Nigel and Chris B

Finished off the last bits of chassis work,Â  all the re-working of the tunnel is now complete that means we can put down the tig torch for a few weeks.Â  Removed un-wanted pieces of the gearbox housing.Â  Chassis is ready to go off to be blasted and powder coated next week.Â  Time to head down the pub to see in the New Year.Â  See you all next year.

Stripped all ancillaries from the engine block and boxed up. Garage got a good clean.

Nigel and Mick made beautiful braces to stiffen up the diff. Chris made some mounts for the gearbox. Paul did some of the chages to the rails round the engine. Jon did a lot of welding! Pizza for lunch. 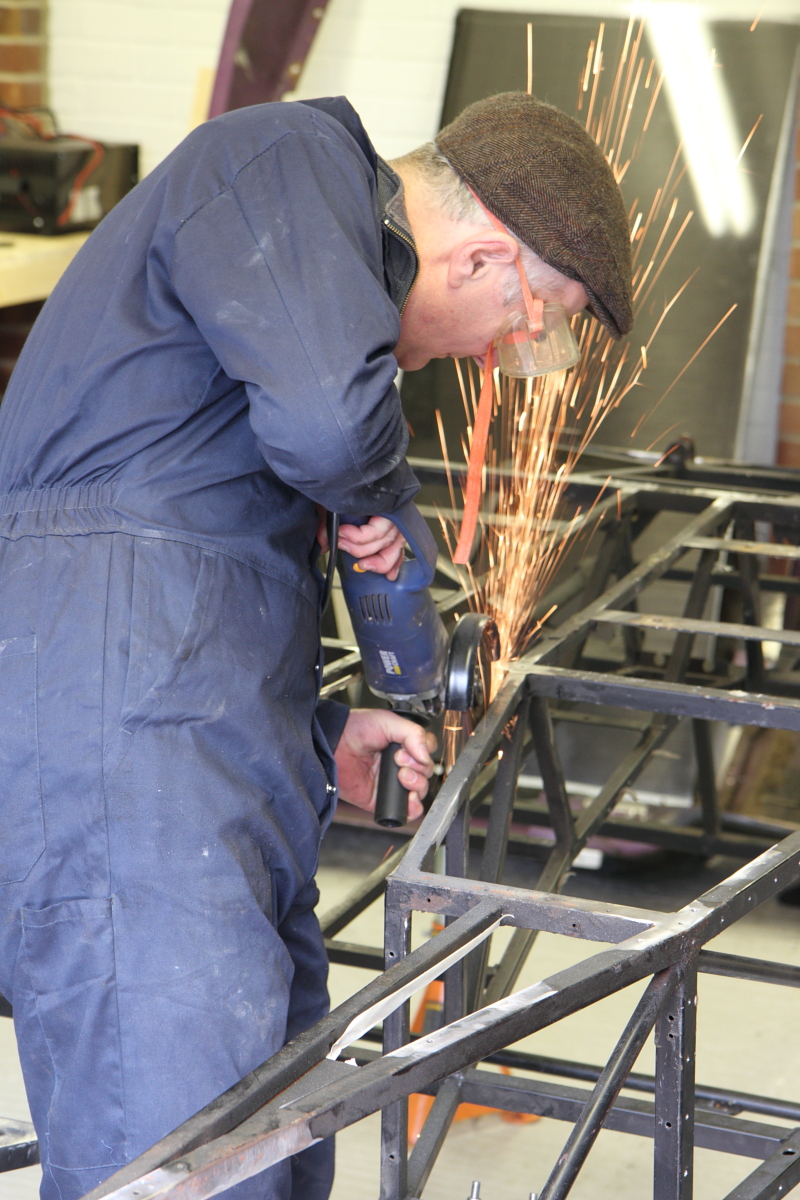